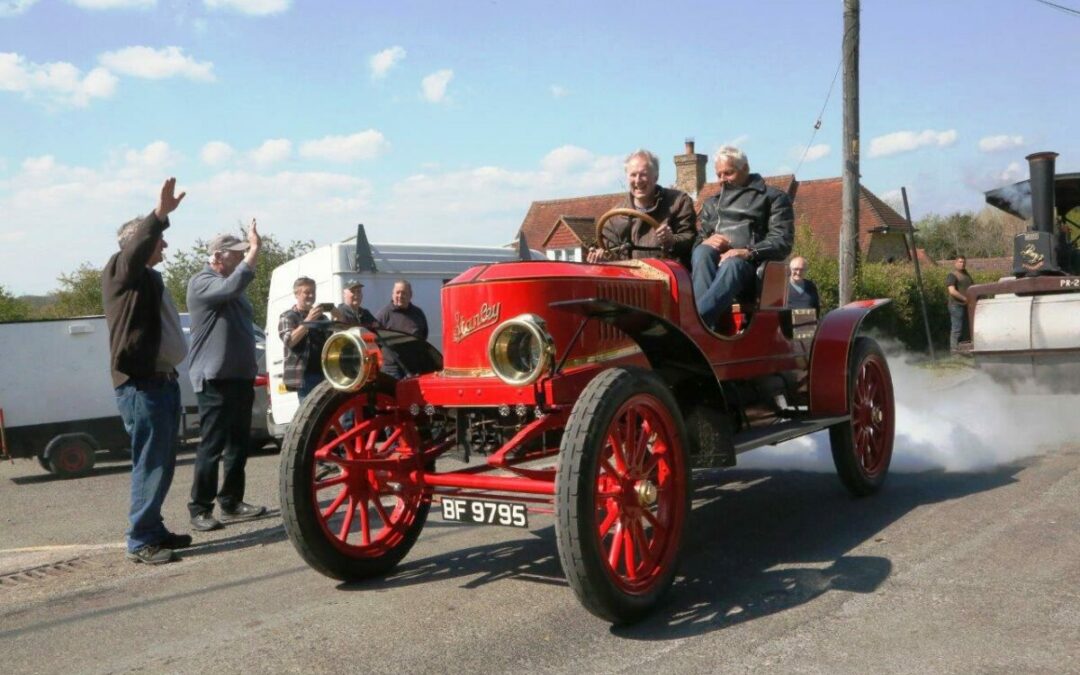 A report from organiser Peter Love:
“In the tiny village of Bodle Street Green, East Sussex, saw some 250 + exhibitors turn out for the Peter Love organised FBHVC ‘Drive It Day’ Charity Gathering & Road Run event, helped by some very experienced marshals and friends. The sleepy village had not seen so many veteran vintage and classic vehicles visit the village hall area on Sunday 24 April in glorious
weather.

The 250 + exhibitors comprised all that make up the FBHVC family came from steam vehicles, cars, tractors, light commercials, 4 x 4s and motor-cycles. In the village hall were model railways for the children (and grownups) besides a fine horticultural display including working stationary engines from members of the Weald of Power Club all looking over the wonderful Sussex countryside. With food and licensed drinks available, The Cabin was kept busy all day and with compere David Vaughan keeping everyone informed what was going on, there was certainly a good atmosphere to the event.

At 11am some 52 of the 79 tractors went off on a 13 mile road run which went up and down dale as it travelled around Penhurst and the like. In the fine 127 + car line up perhaps the highlight was Mr Nutter’s just finished 1907 Stanley 20hp Roadster, which was originally the ex Stanley works back-up car for the Vanderbilt races in the USA. The owner gave many rides around the village to people who wanted the experience of open motoring and steam acceleration in this very important historic car.

People didn’t want to leave when it finished at 3pm after the raffle winners were announced and were still on site until 5pm. The last to leave was David Esmond and his 1950 Land Rover Series One at 6.45pm after the organiser welded his broken gear lever back to its selector fork after marshal Trevor Manual had stripped it all down for the 80 year old. Colin Anton and Phil refitted it, which involved removing the heater!

Thanks to the team under Wendy ‘D’ who raised from the raffle £1,500 + for Prostate Cancer UK and Ukraine Refuges which was an excellent amount.

Thank you also to everyone for supporting the event.

It was a great start to the season for many and in wonderful weather conditions I really appreciated everyone coming and enjoying all the various vehicles we had here and there was a great atmosphere with everyone talking together it made a great difference. Thank you.” 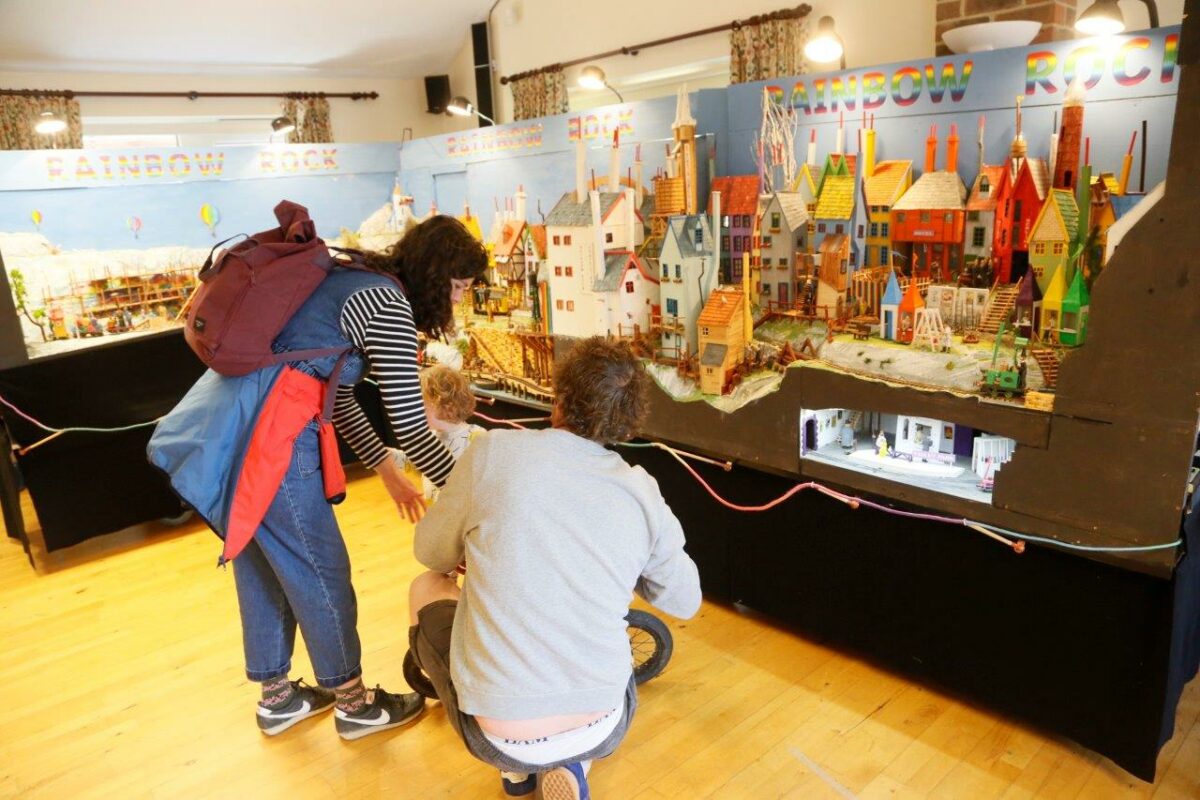 The children and grownups enjoyed the model railway displays in the
hall. 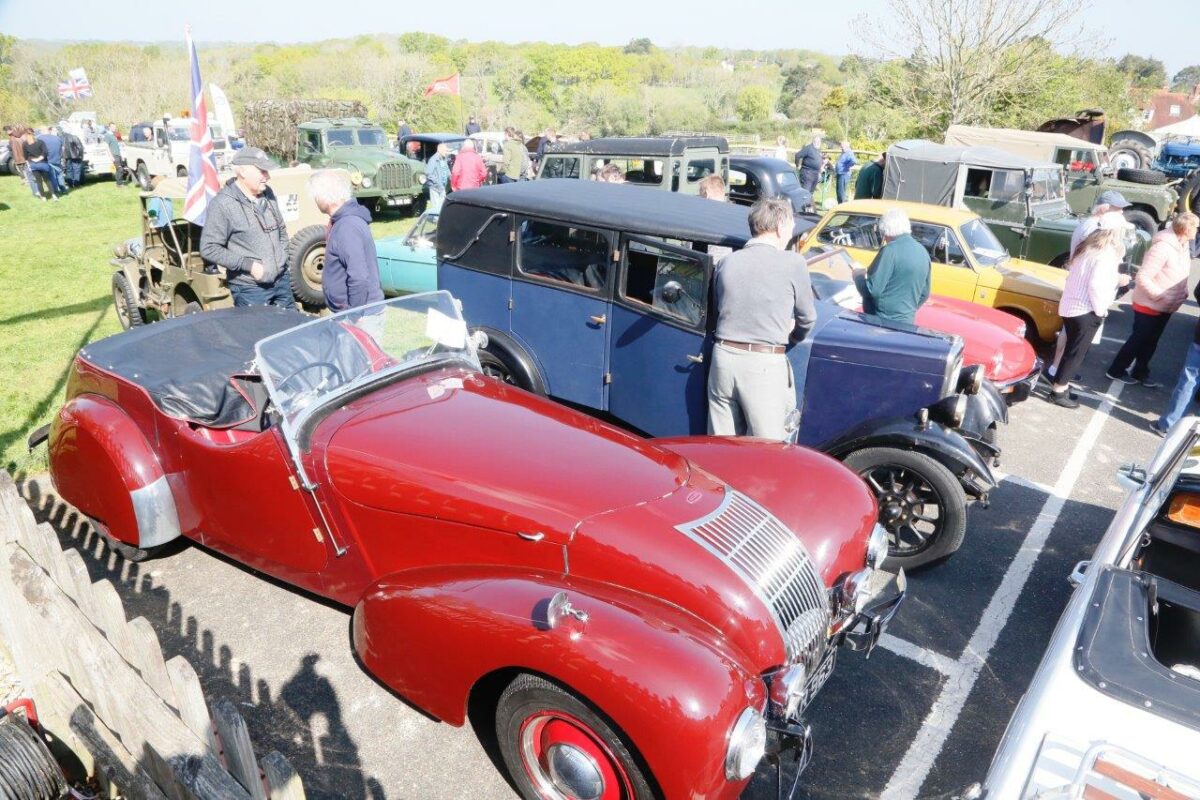 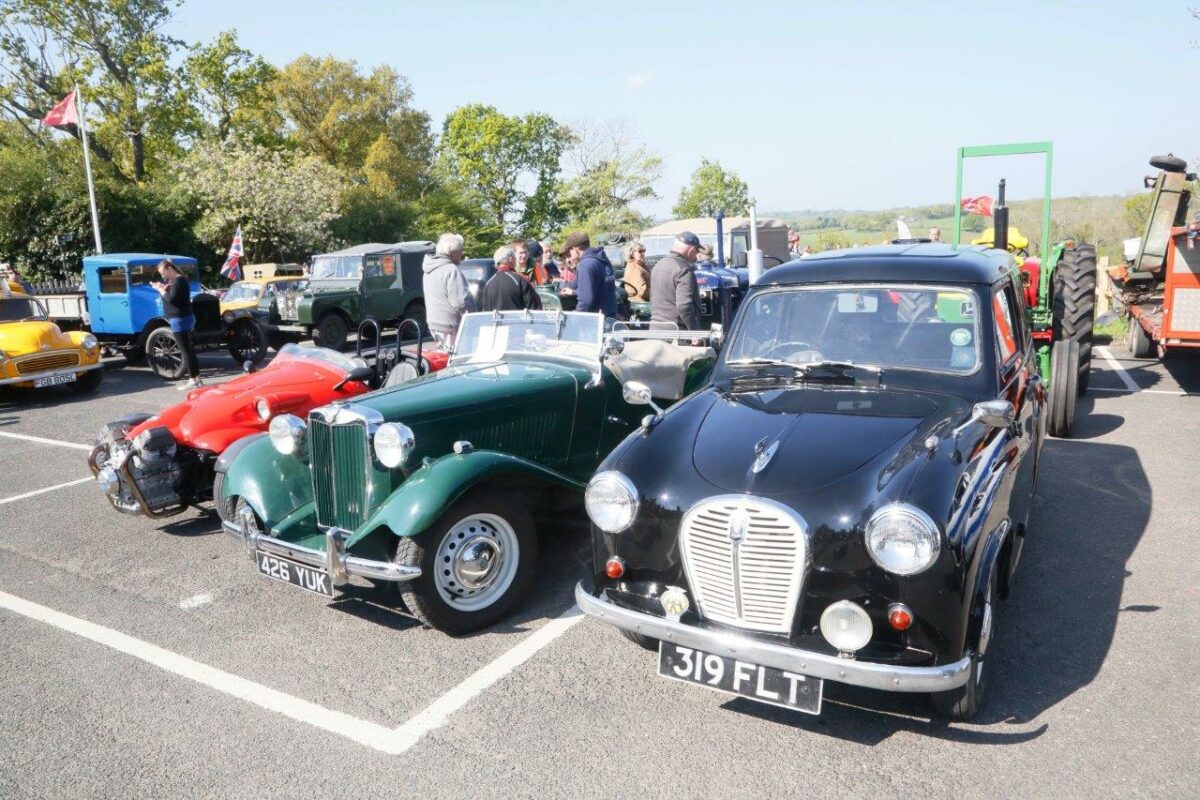 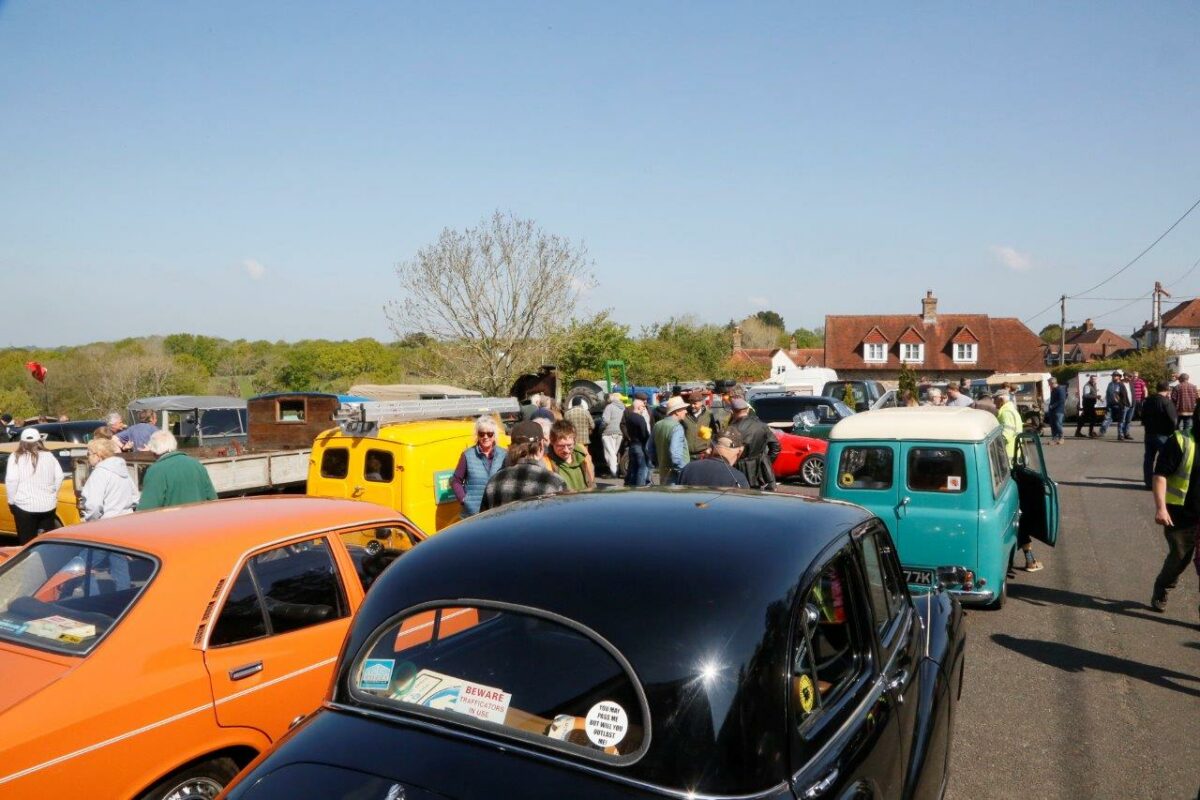 The social element is so important at these events. 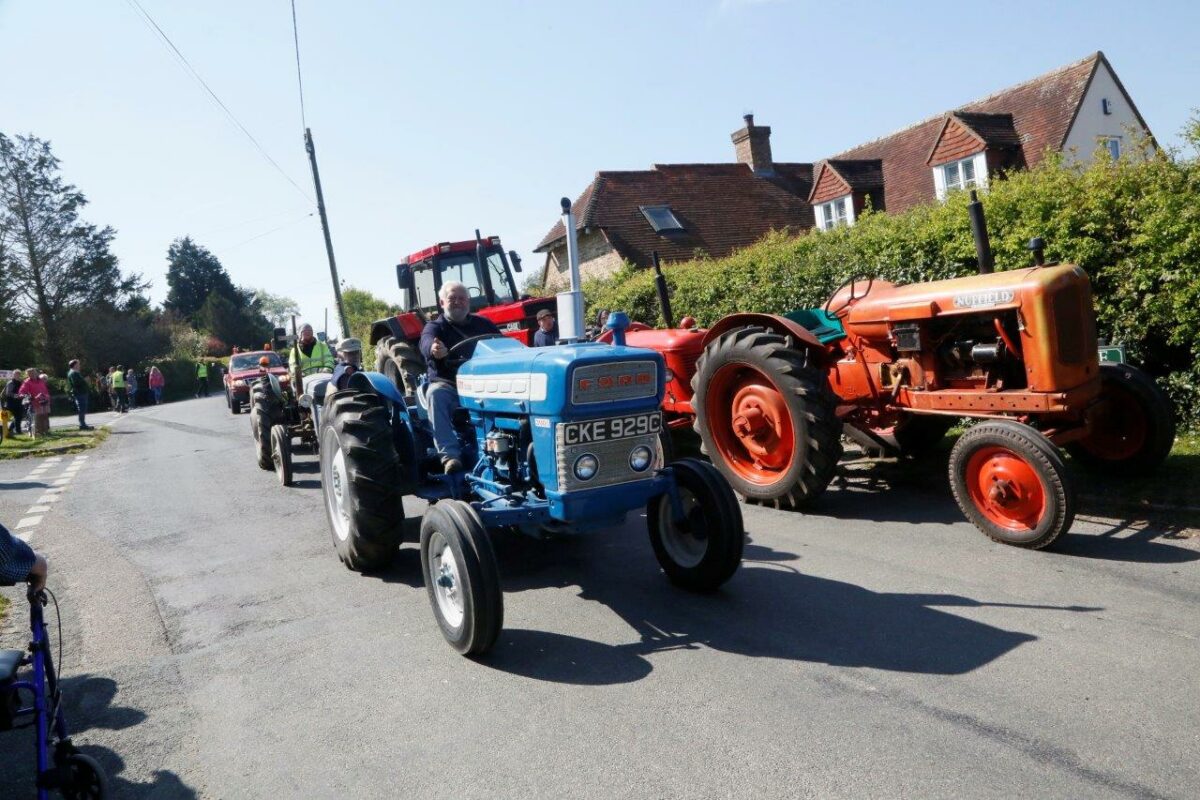 The tractors take to the roads with Rodney Broadly and his 1966 Ford Pre
Force 3000 who travelled from east Kent to the event. 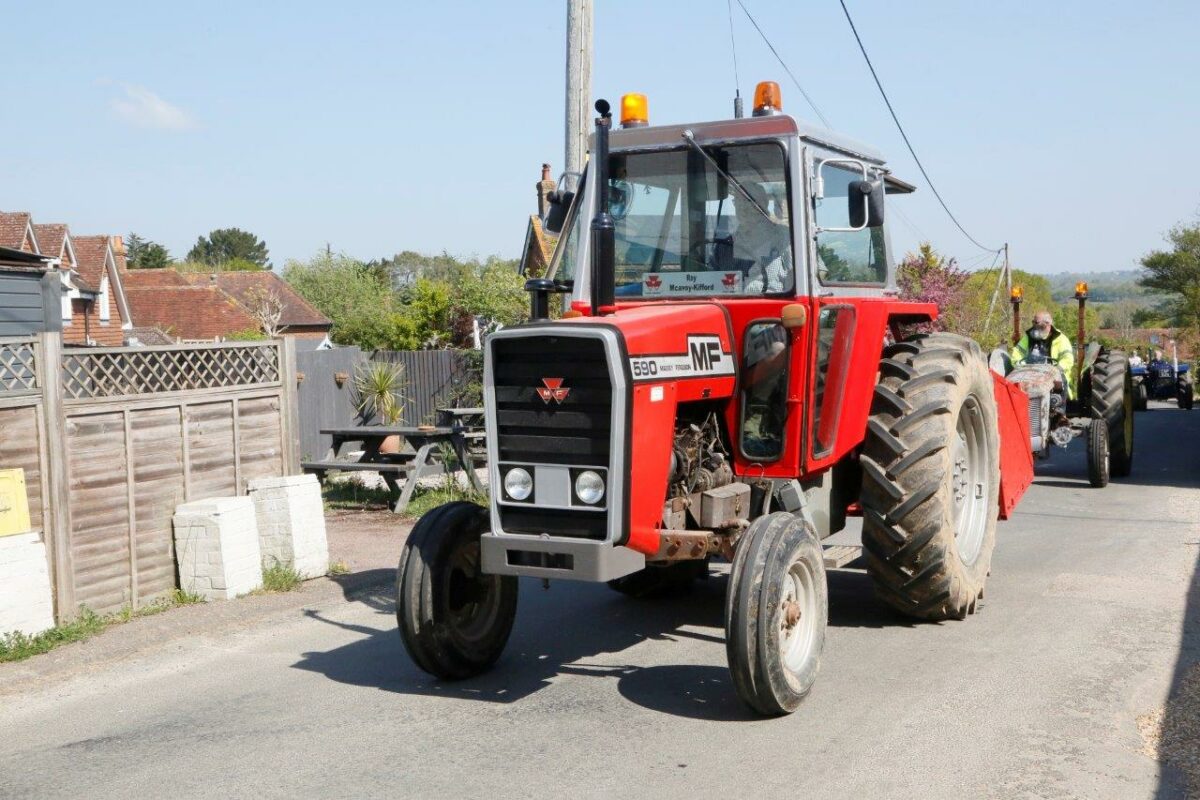 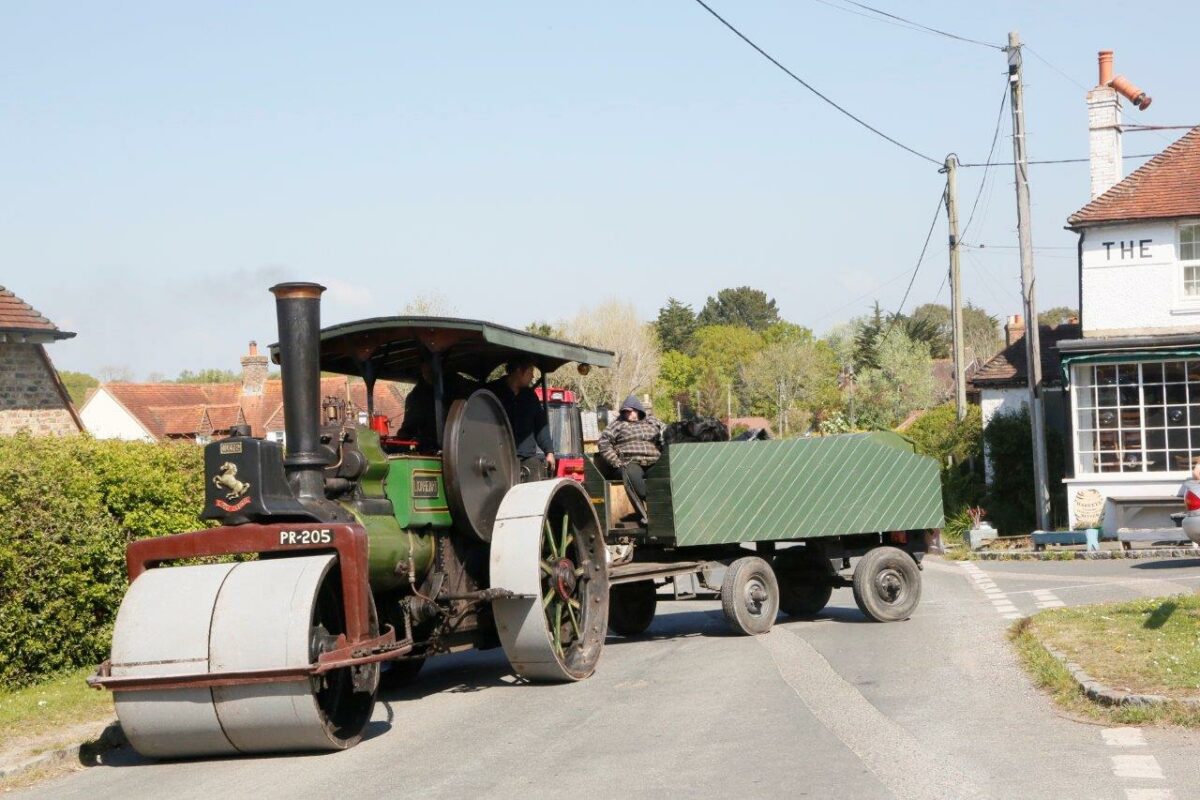 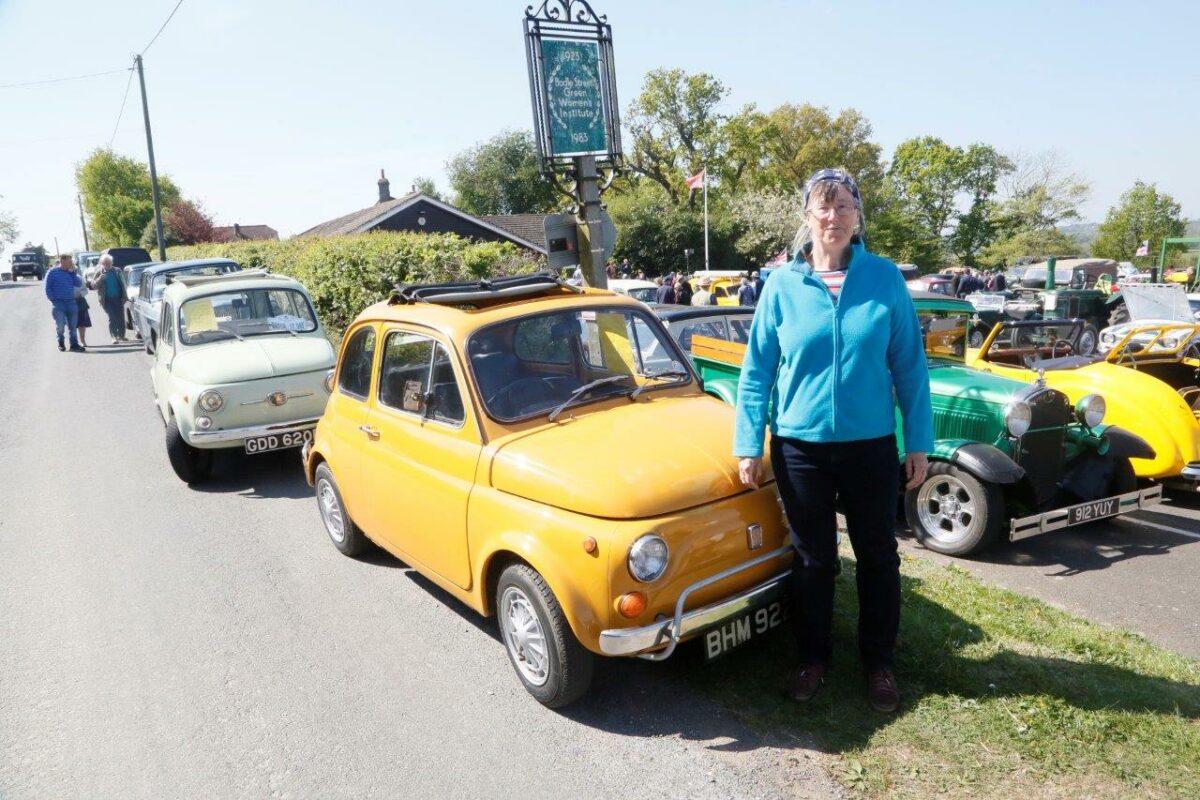 Two lovely Fiat 500s were all part of the show. 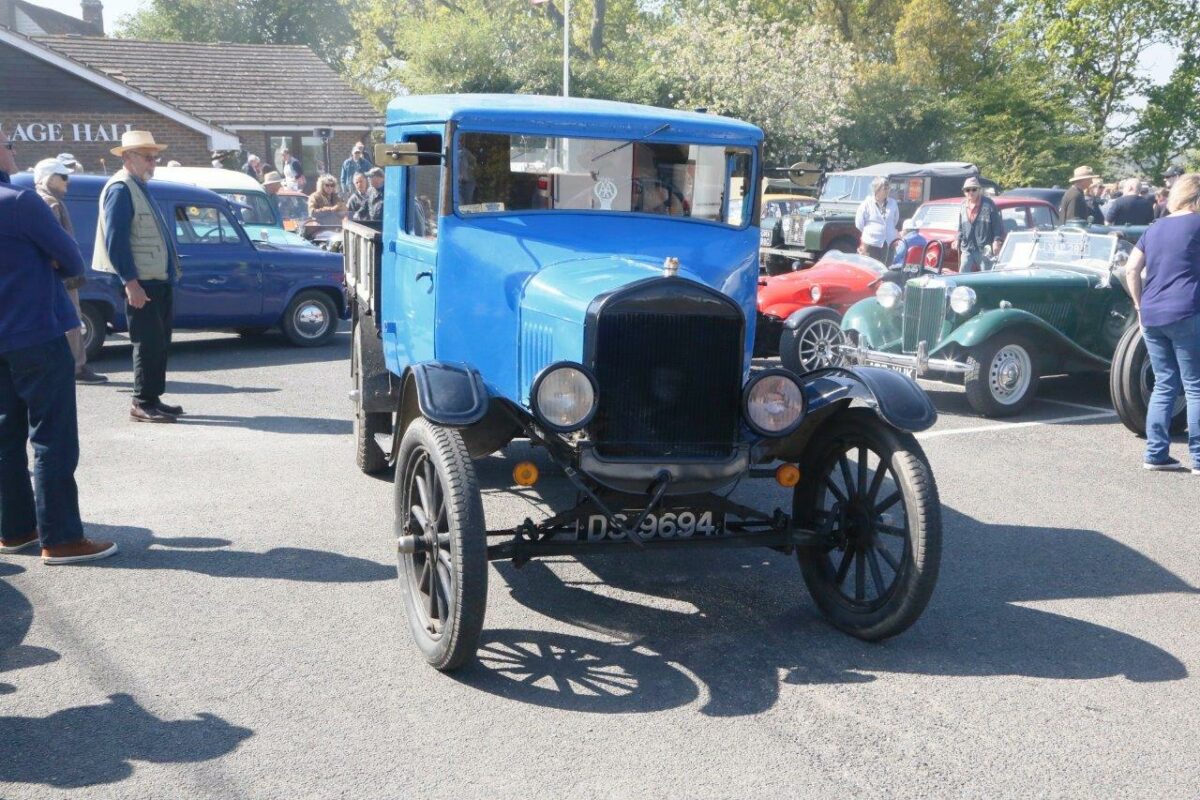 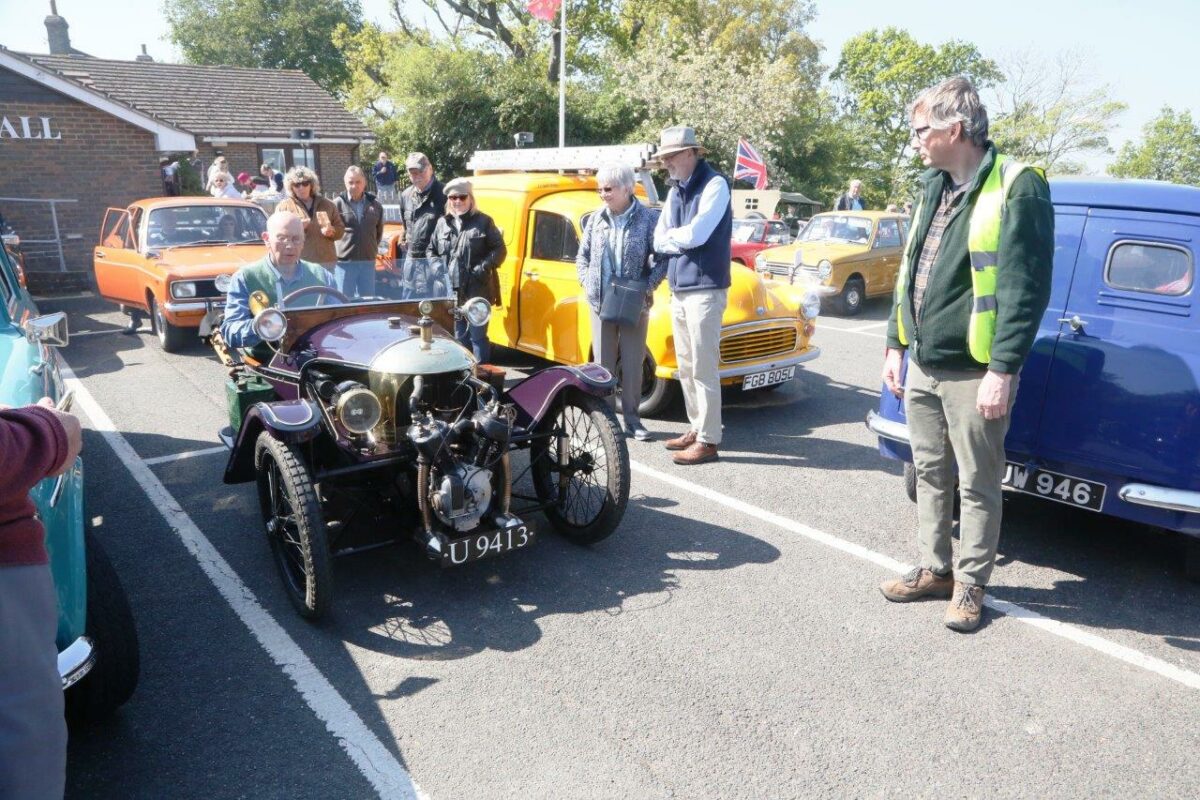 1921 Morgan three-wheeler fires up and heads for the roads. 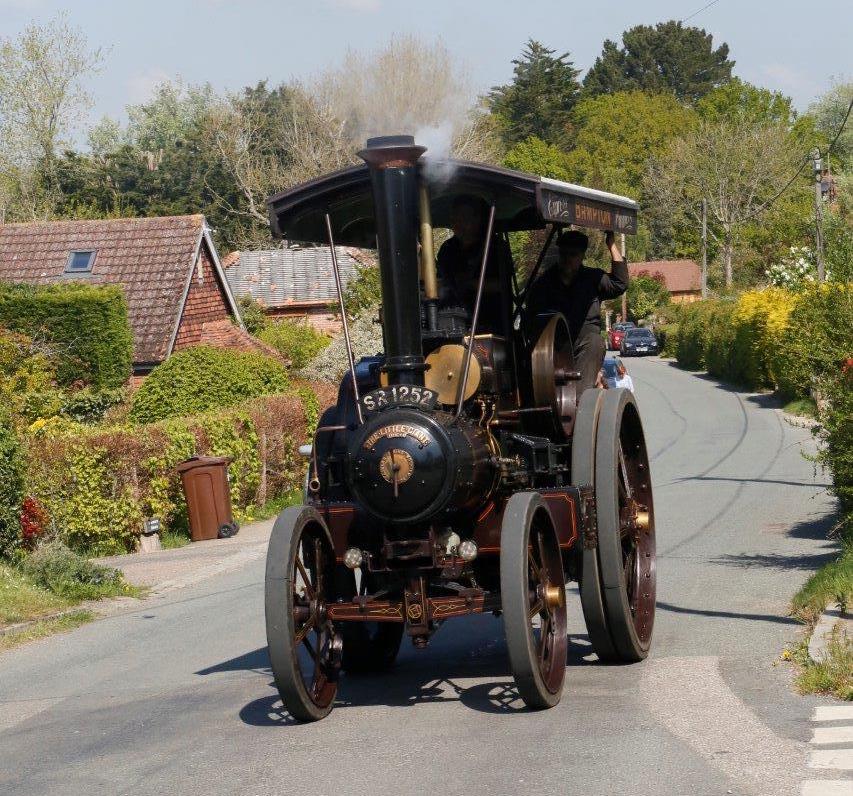 1918 Tasker Little Giant no. 1765 chain drive steam tractor called
Jolly, which got lost on the way, but finally makes it to Bodle Street
Green. 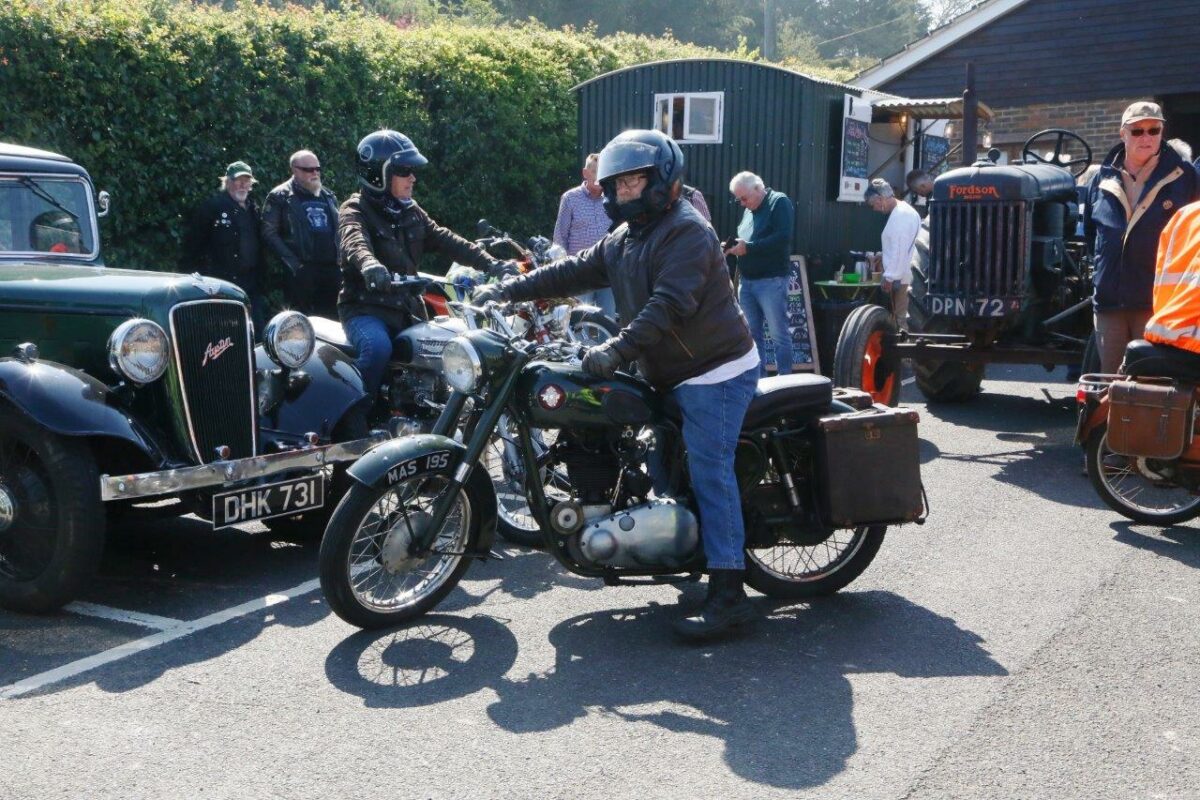 Over 30 motor-cycles including a Brough Superior came to the event
during the day plus some mopeds and this BSA single stood out from the
crowd. 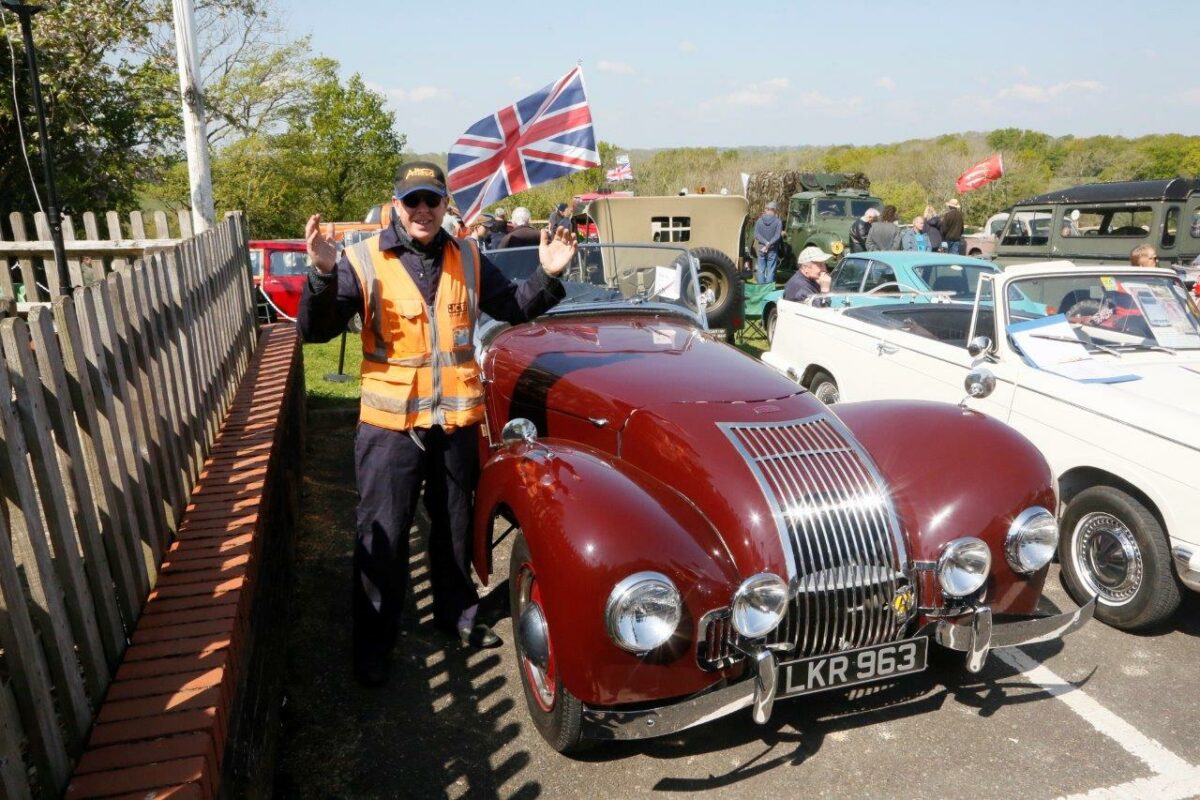 Organiser Peter Love had one of his Allards out and some tractors. 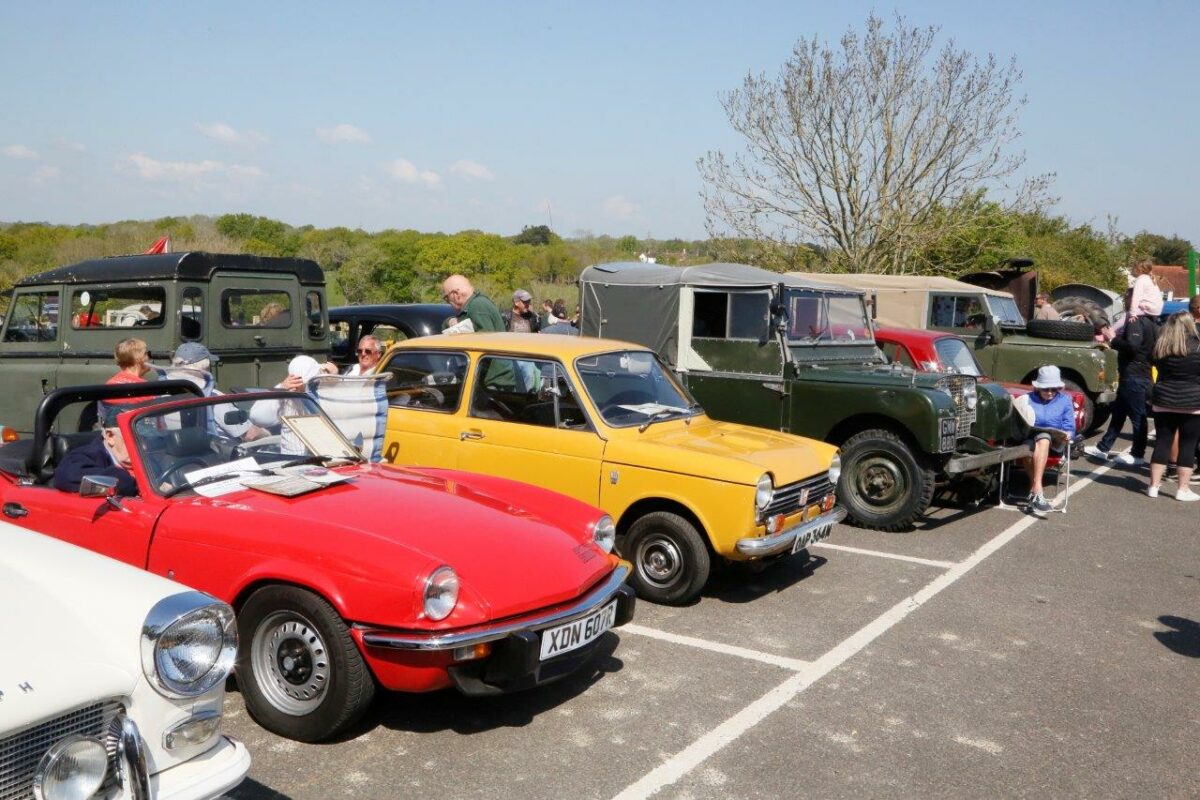 This Triumph Spitfire looked the ticket and restored by the owner as did
the rare Honda next door. 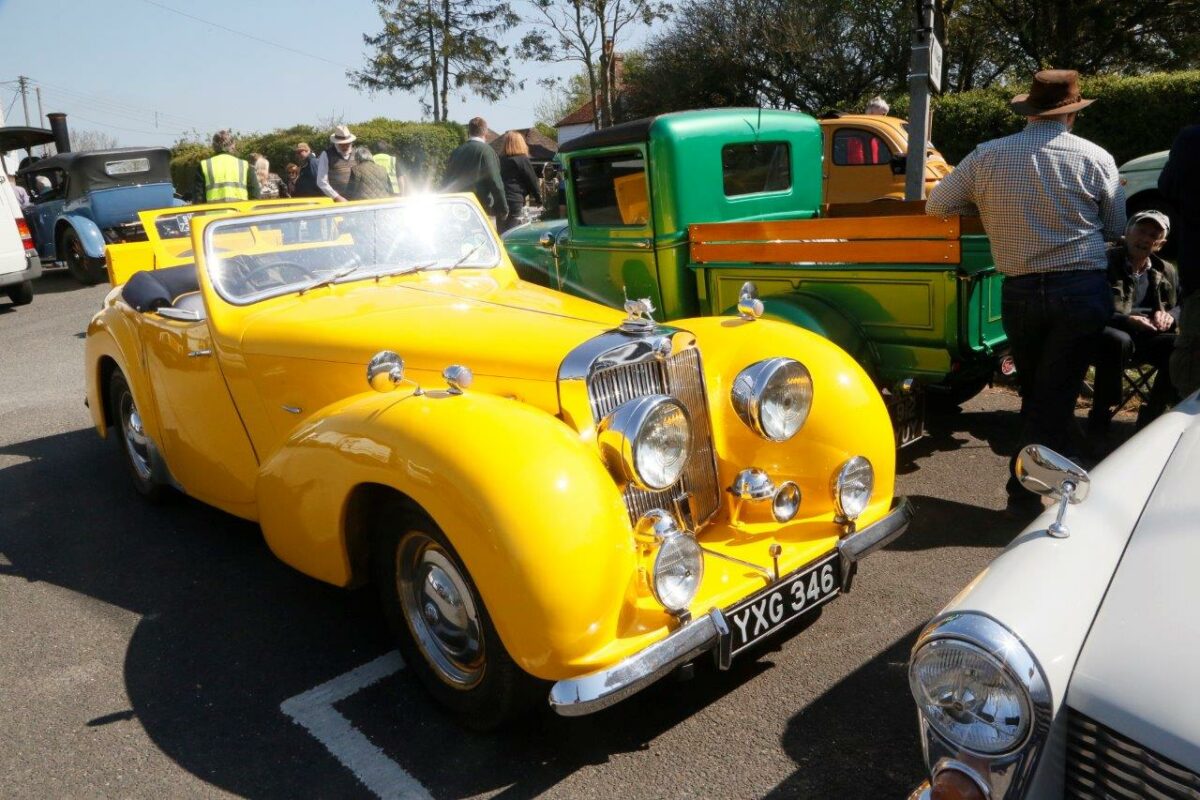 This Triumph Roadster has been restored to concours condition. 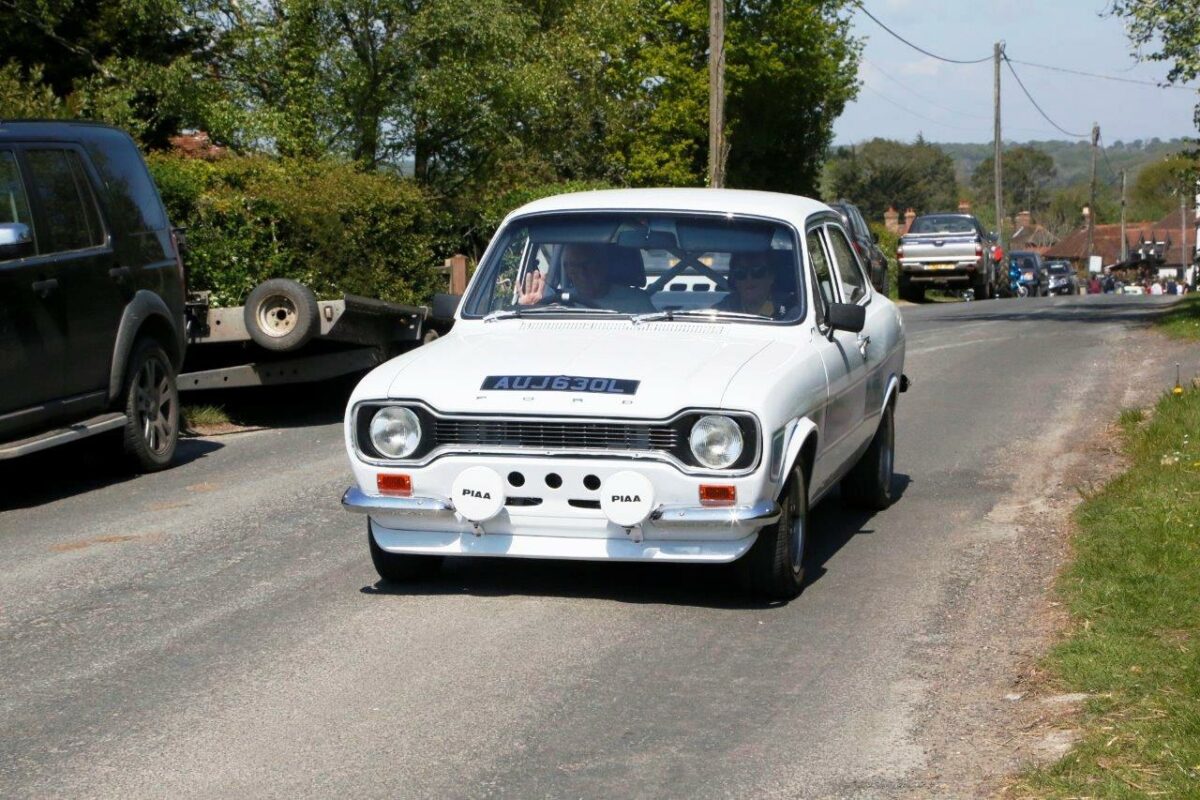 The Ford Escort Mk1 with twin cam engine had plenty of acceleration. 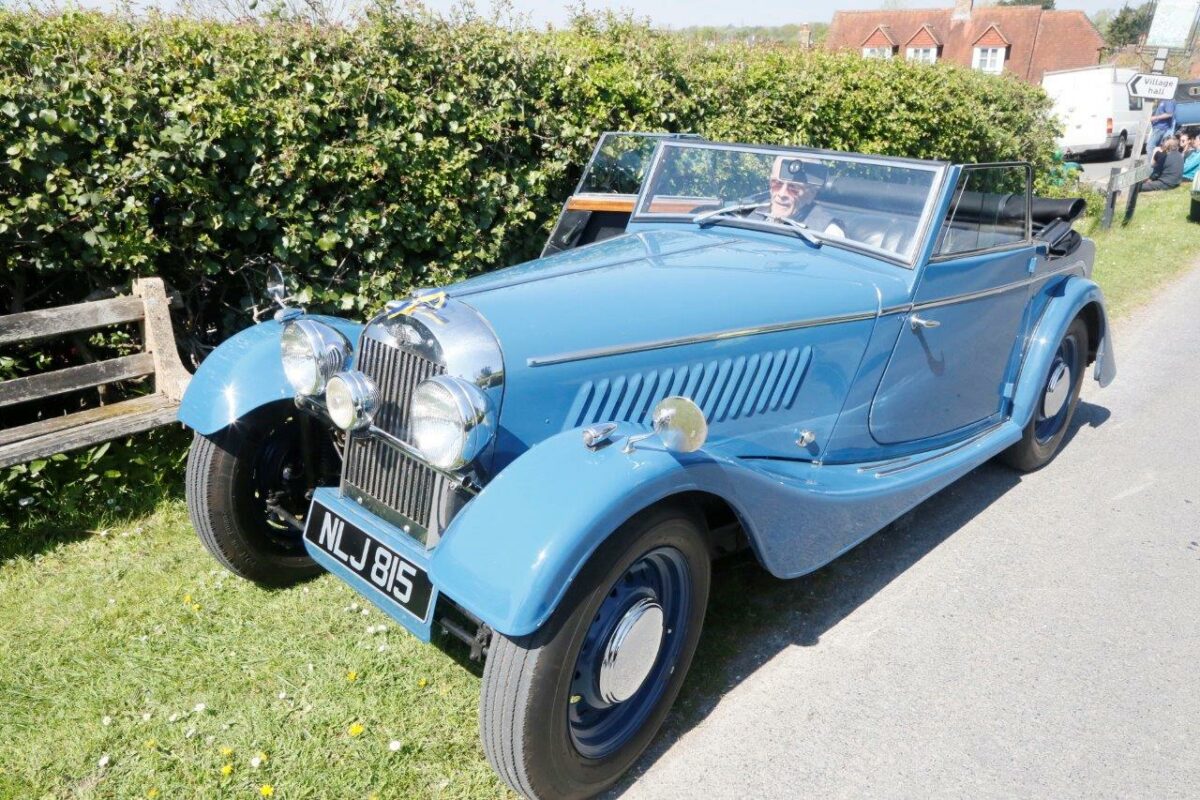 The 1953 Morgan carried the Ukrainian flag on its radiator cap. 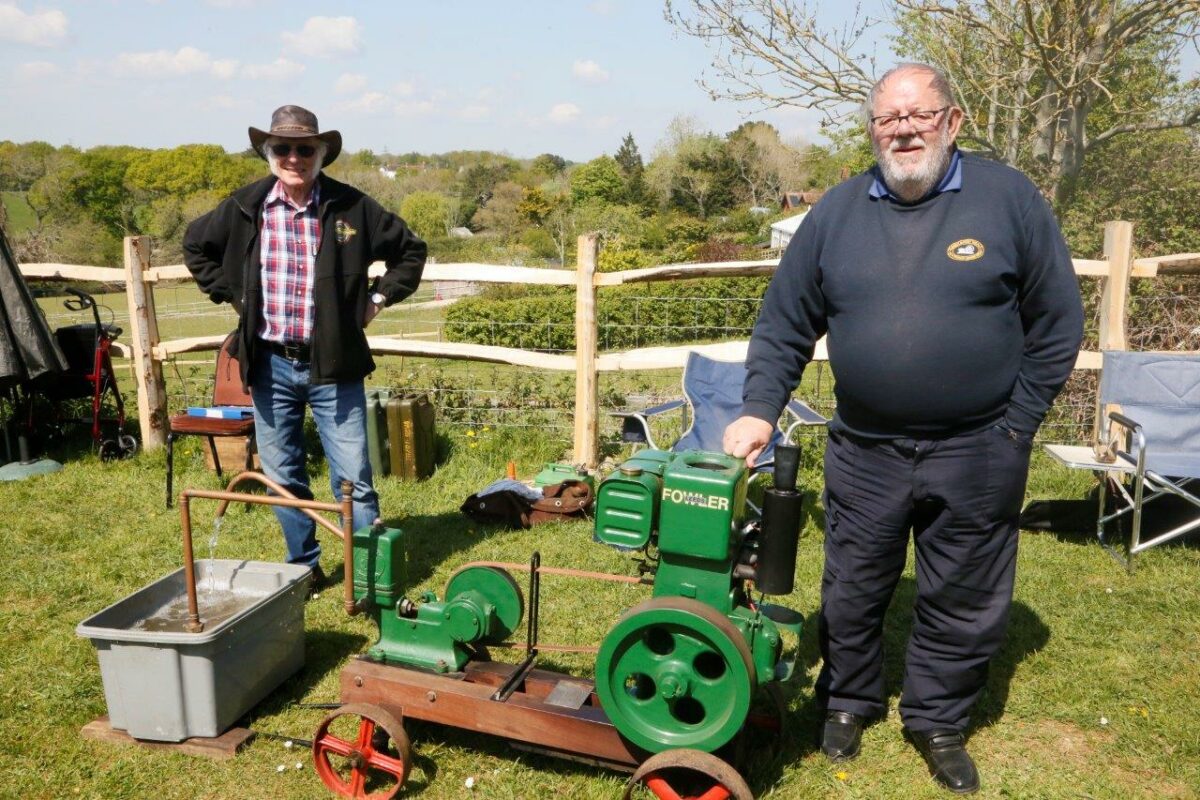 Alan Cullen and his Weald of Power members did the show proud with a
former Bodle Street Green resident on the left who came from Essex
especially with his 1934 Fowler stationary engine made at Leeds. 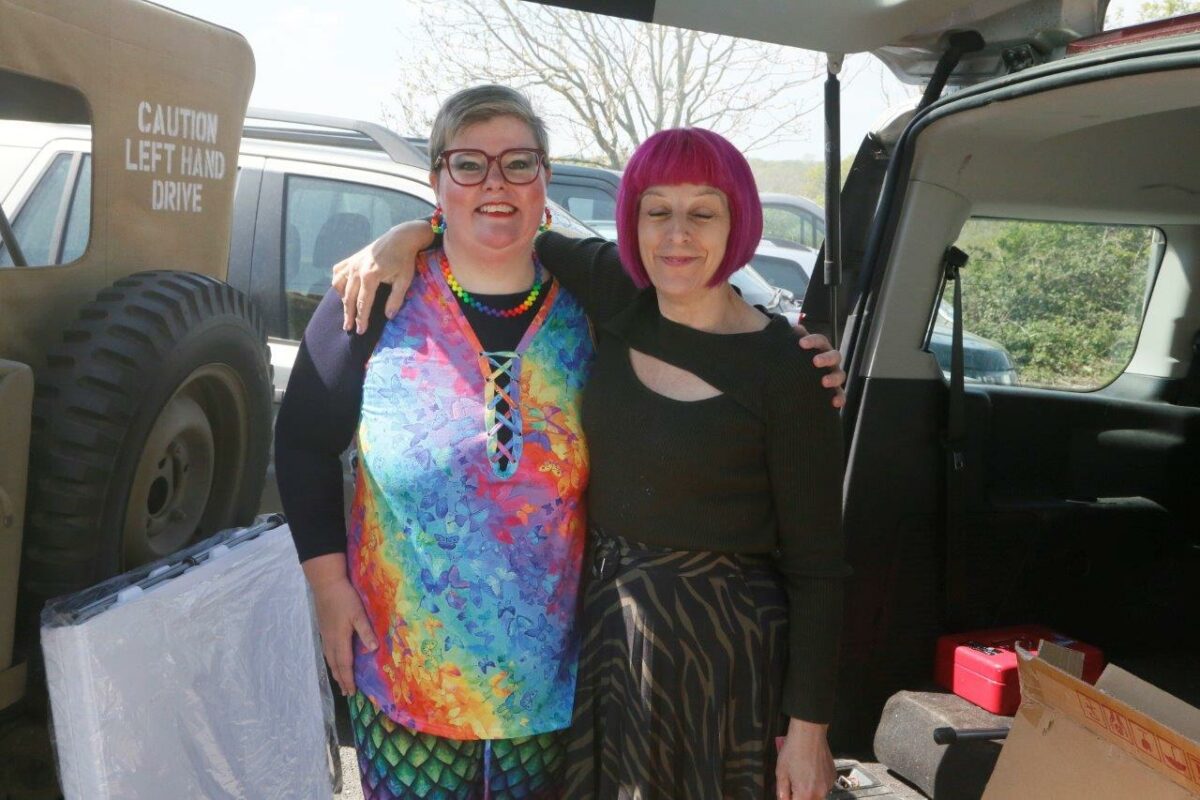 The two vegetarian cake ladies sold out by 1pm! 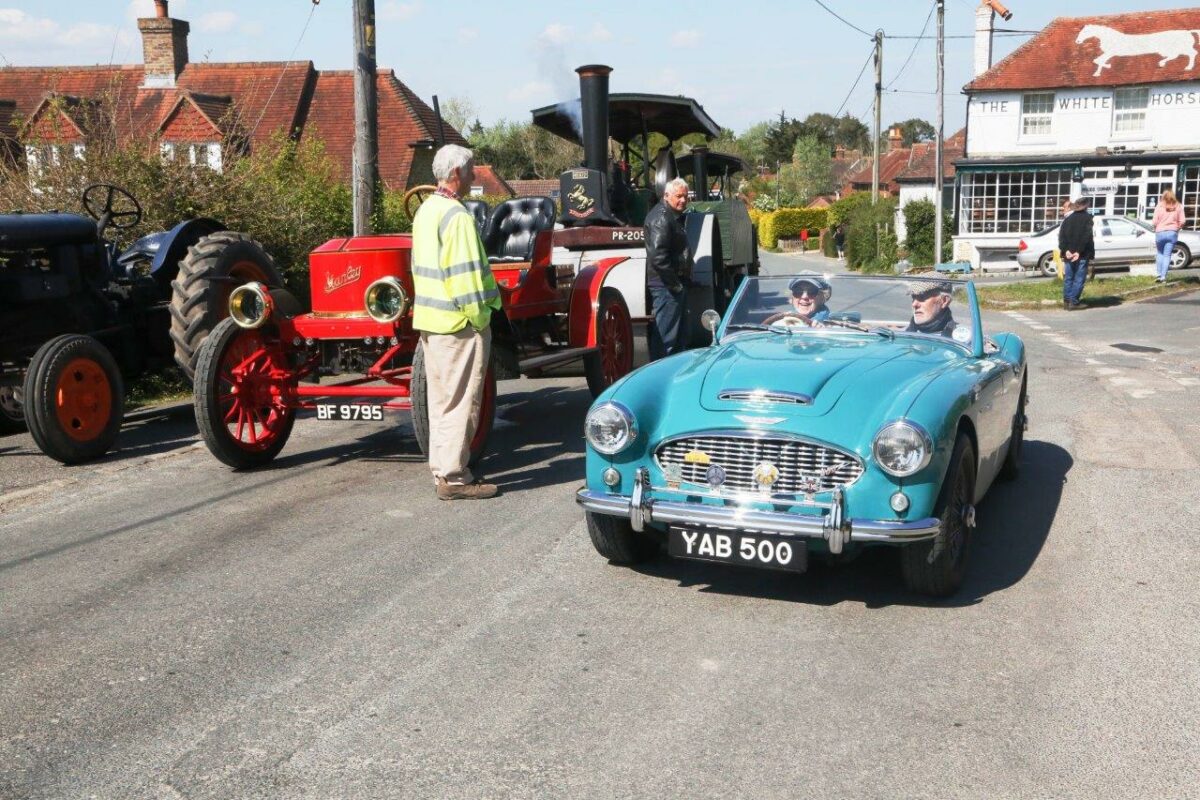 The blue Austin Healey 100 starts on his way home from the show an
iconic sports car from the 50s.